Shrimp farmers were facing different biological and management issues 88% and 12% respec-tively during farming period. The biological issues like disease (27%) and birds (32%) as both predator and disease transmitted are the major concern. Biological oxygen demand, fungal, stray dogs and stunted growth are other biological issues (88%) and aerosol, ammonia and wa-ter salinity collectively constitute management issues. Different bird deterrent techniques are been employed by the farmers. Low cost mitigating measures like tying polythene bags, (24%) floating thermocol pieces (15%) in water, burning crackers (21%) are practiced in majority of the farms.Total guarding of the farms manually were 15%. Only few farms employed fully pro-tection with net (12%), threads (6%) and side fencing (3%) to prevent bird damage.

Shrimps/prawns regarded as “pinkish gold of sea” are very expensive and nutritive food source for human consumption. Developments of aqua-culture and modern science have enhanced the productivity and marketing of export quality shrimps all over the world (Annon, 2011). Shrimp farming is considered to be the best eco-nomic activity in terms of returns to investment in areas of production, processing and exports and is referred as a high pay-off activity (Krish-nan et al. 1999, 2000). Shrimps are the major commodity in Indian seafood exports since long (Vasudevappa and Seenappa, 2002). In Asia, In-dia had 16.4% average annual growth rate during the year 2009-2013 (FAO 2011).

India is having long stretch of coastal area with high potential in fisheries. The states of South India such as Tamil Nadu, Andhra Pra-desh, Orissa and West Bengal forming the east coast of India are dominated by shrimp farming (Vasudevappa and Seenappa, 2002). The long stretch of coastal area in Tamil Nadu alone is having an estimated brackish water area of 560 km2 providing suitable environment for shrimp cultivation (Annon, 2010). In the year 2010-11, 86181 tons of fishes were exported from Tamil Nadu (Annon, 2010). In India the total quantity of fish exported from Tamil Nadu is worked out to be 63.4%.

Shrimp Industry is blooming sector in coastal areas of India. There are many people depending on these farms for their livelihood in Tamil Nadu. Shrimp industry comprises of many hatcheries where they store brood-stock and spawners and produce Nauplius. Nauplii were stored until the post larval stage (seed). The seed is purchased by farmers and are grown in their fields. Other stakeholders are the suppliers for feed, chemicals and the fertilizers. Farmers sell well grown shrimps to the market (Rs 280/kg average) or ex-porters either directly or through brokers. Thus in the shrimp farming not only the farmers but also farming depended people was indirectly depend-ing on the shrimp farming.Shrimp culture in In-dia is mainly an enterprise of small and marginal farmers and has created direct employment to more than 0.3million people and apart from these several millions dependent on them are also be-ing benefited (Vasudevappa and Seenappa, 2002).

Diseases, production costs - feed/fishmeal, fuel and others expenses, seed stock quality and availability and market prices are some of the important challenges in shrimp farming in Asia (GOAL, 2011). Shrimp farms in Tamil Nadu were facing threats mainly due to disease, preda-tion by water birds, water quality management and farm management.

A questionnaire survey was conducted to identify the problem caused by the birds in the farms. Bird predation remains one of the im-portant threats to the farmers in India and in other countries (Dekker and Leeuw, 2003). But there are no scientific studies/systematic documentation of bird damage in the shrimp farms in India. Hence the present study was designed to assess the species that are threat to shrimp farms and mode of threat and other problem faced in farm-ing. The food preferences in heronry birds in Kannur area of Kerala showed that cormorants mainly feed on shrimps and also feed their nestl-ing as it is easily preyed from the farming area (Authors unpublished data). Farmers were also less tolerance of bird menace, thus it is important to study the attitude of the farmers for effective mitigation measures and to promote conservation of birds.

A questionnaire survey was carried out among the shrimp farmers in Tamil Nadu to identify their problem faced during shrimp farming, espe-cially those problem that are caused by the birds. The reason for selection of area in Tamil Nadu is because the productivity in the shrimp farming (1.9/mt/ha/year) is highest in India (Cyriac, 2002). In addition this area is adjacent to the mangrove forest where the bird congregates dur-ing the migratory season. The survey was con-ducted in the coastal regions of Villupuram and Cuddalore district in the East Coast of South In-dia from October to November-2012. A total dis-tance of 104 km area was surveyed and 16 farms were interrogated. The birds that are found in the farms were identified using Olympus binocular (8x50M) and field guides (Ali, 2003). Further-more pictorial guides of Indian birds were showed to farmers to identify the problematic birds and to minimize the identification error; we clubbed species into major category (Eg. Egret – include little egret, medium egret, large egret similarly for the other major groups). The other details such as name, socio-economic status, area of farming, protected area, years in farming, spe-cies cultivated, mitigation methods used, cost and attitude of the people towards birds were record-ed.

Statistical analyses were performed by using Windows based statistical package viz. Microsoft Excel and SPSS (Statistical Package for Social Science: Nie et al., 1975). Multiple regression equation was used to test different hypothesis. For hypothesis testing P<0.05 and P<0.01 were considered and these level of significance were indicated at appropriate places. Statistical infer-ences were made by following Sokal and Rohlf (1995) and Zar (2003).

A total of 16 active farms were randomly se-lected for the questionnaire in Cuddalore and Villupuram district of Tamil Nadu. The main livelihood of the people surveyed in the region was shrimp farming. The people reported that there was increase in water bird population when compared to past. In general the abundance of birds did not vary among different months but there could be peak periods where the congrega-tion of birds during the summer and winter (mi-gratory season). The number of birds, species and composition varied depending on farms, communal behavior of birds and species. For ex-ample egrets and sandpipers, kingfishers were seen solitary whereas bird species such as ibis, coots, and cormorants forage in flocks with more numbers (around 25 and more).

There were different reasons reported for the increase in number of birds. Food scarcity and water scarcity was reported to be main reasons for concentration of birds in the farming areas. In addition to that, the farming areas were located adjacent to the mangrove forest (Pichavaram; 1470 ha) which attracted many bird species. 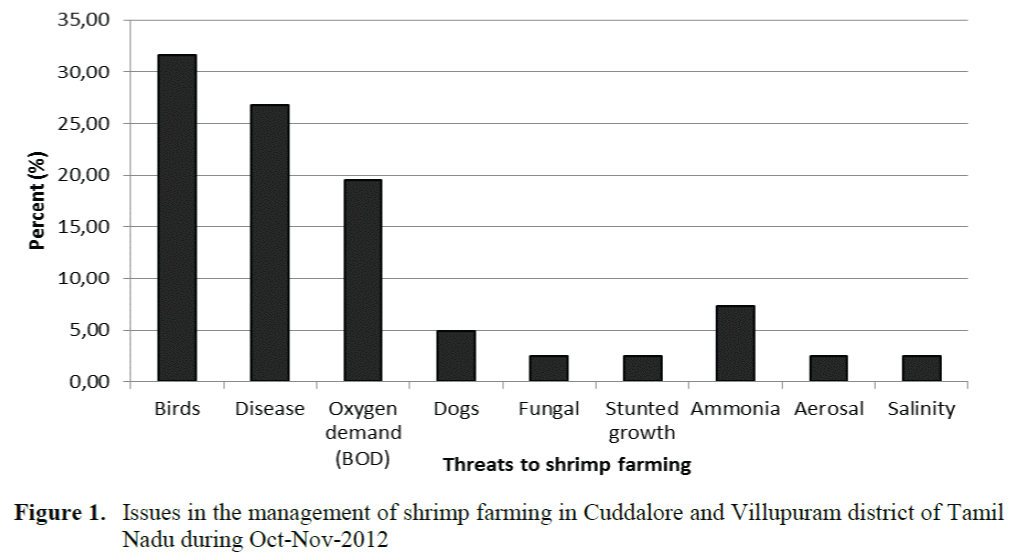 Figure 1. Issues in the management of shrimp farming in Cuddalore and Villupuram district of Tamil Nadu during Oct-Nov-2012

The problem causing birds (Figure 2) were categorized into four major categories based on nature of foraging, i.e. aerial foragers, divers, sit and wait predator and scavengers. Scavengers like crow were also a threat due to picking and dropping dead infected shrimps from one farm to another (26%). Egrets sit and wait near the banks of farm and predated (21%). Kites (Bram-hiny kite and Parhia kite) scavenged on dead shrimps and might accidentally drop it to other areas (15%). Common coots (6%) were seen in high abundance in this area. Ibis flocks and storks (collectively constitute 4%) also inhabited this area as it is rich in food resources. Kingfishers such as white breasted kingfisher, common kingfisher and pied kingfisher were predating on shrimps.

Figure 2. Percentage of birds which area causing problem in the shrimp farming in the Cuddalore and Villupuram districts during Oct-Nov-2012

Other major issue during farming was to meet the Biochemical Oxygen Demand (BOD) (20%) and maintaining the water salinity (2%). Stunted growths due to excess of iron were noted in some fields (2.4%). Excess of Ammonia (7.3%) and fungal infection (2.4%) in fields were other cause. Good feed management is also necessary for better yield. Stray dogs also act as carrier of the virus (4.9%).

Many mitigating measures (Figure 3) were employed to control birds entering into farms. Majority of the farmers used less expensive methods like tying polythene bags (24%), crack-ers (21%) and floating of thermocol pieces (15%) in water to scare away birds. Burning crackers to scare away birds were also used when flocks of birds visit the field. Manual guarding (15%) was also seen. Tying threads (6%) across farms with 12 cm apart was found effective. Some farms were fully protected from birds using nets (12%) which are more costly and cannot be affordable to all farmers. Side fencing (3%) from dogs, crabs and birds were also noted in some farms. In two farms where aerators (3%) were fixed was found to have less birds because motor sound and flushing of water. 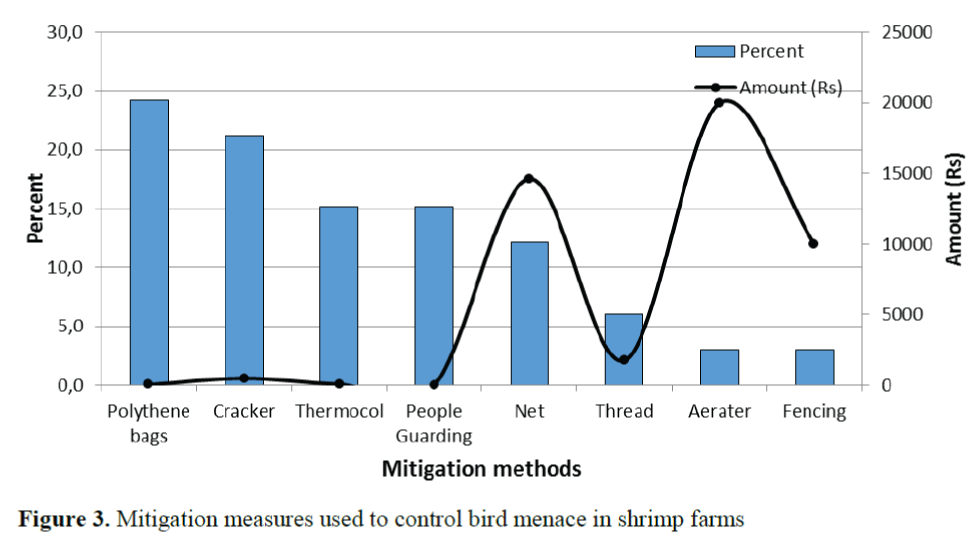 Cormorants (active predators) were causing more damages as both predator and disease transmitters (26%). It is also noticed during the diet study of heronry birds in Kannur district, Kerala that cormorants mainly feed and fed their nestling with shrimps as it is easy prey from the farming area (Authors unpublished data). Cormo-rants are opportunistic feeders prey on wide vari-ety of prey species from crustaceans, fishes and amphibians (Adams and Maitland 1998; Eng-strom, 2001).

Birds are an important route of transmission of the virus (Garza et al., 1997) for White spot disease is a contagious viral disease is serious threat to farming infects a wide range of crustaceans, which can reduce the yield. White Spot Syndrome Virus was first reported in 1992 from Taiwan (Chen, 1995) and the People's Republic of China (PRC) (Huang, 1995). Subsequently, it has spread throughout East, Southeast and South Asia, North, South and Central America. Birds act as a carrier of this virus from one farm to an-other by mechanical transmission, fecal contami-nation or dropping infected shrimps to another farm. Virus can be infected in many ways, it may be present in natural water bodies from which water to farms were been taken or mechanical transmission of virus by birds, crabs and feral dogs can also cause infection.

Furthermore farmers faced threat due to rob-bery. Robbery increased during the early harvest-ing period when the shrimps were in large size. Guard dogs were employed during night time in one of the farm to prevent robbery.

The relationship between the area protected and total farming area showed highly significant direct positive relationship (R2=0.98; p<0.00). The farmers who own large areas tend to protect major part of their farm (Figure 4a). But the net income was marginally higher for the small farmers and high for large farm owners but it was low for medium sized farmers. This can be in-ferred from the figure.4b, which shows there is quadratic relationship between areas protected and net income of the farmers. This could be at-tributed to the maintenance cost was low in the small and large sized farms, whereas it was high-er for the medium sized farmers and thus there was decrease in the net income for medium sized farms owners (R2=0.64; p<0.00). A total of 16 farms were interviewed of which 94% of the farmers support birds as predators and they have lost their tolerance level due to continuous preda-tion of the birds for sustained period of time.Mass shooting of water birds was observed in Tamil Nadu by locals and was old in open market. 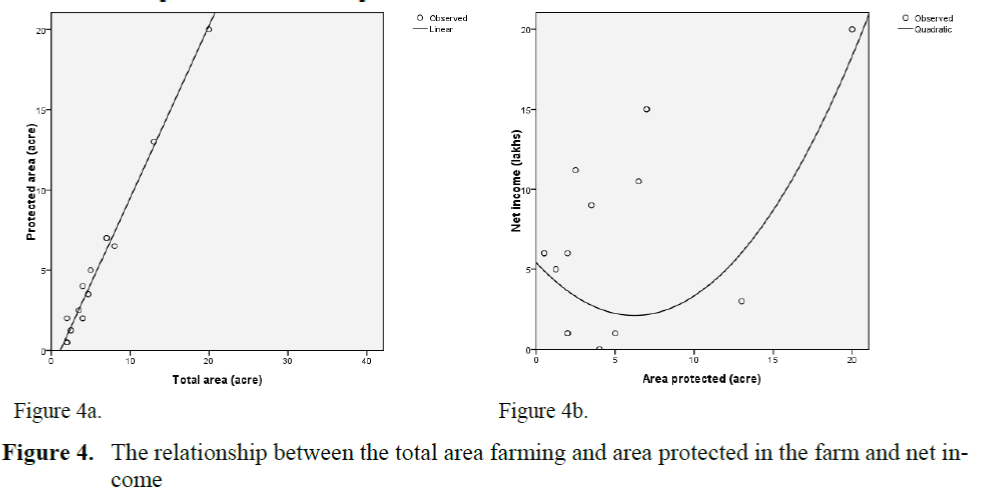 Figure 4. The relationship between the total area farming and area protected in the farm and net in-come

The following management measures were suggested for better farming. Shrimp farming should be limited with proper protection measure near the natural water sources or mangrove ar-ea.The change in the land use from agriculture, natural non forest areas, grass land and wet lands into farming area should be regulated (Rao and Ravichandran, 2000). Water drained from farms into natural water sources should be prevented. Shrimp farming, one of the potential polluters of aquatic system causing environmental degrada-tion (Balakrishnan Nair, 1998) hence the measures suggested in the Coastal Regulation Zone Act (CZR) should be strictly followed (NEERI, 1995).