Red tilapia have higher market value, are more appropriate for culture in salinities above 10 g/l, and are easier to seine harvest from earthen ponds and transport live than Nile tilapia. As gujarat has vast coastal area and inland resources red tilapia can be the important candidate fish as red tilapia can tolerate high salinity and it can be grown in sea water also. Farmers should evaluate environmental conditions, culture system and markets to select red tilapia for culture.

Worldwide production of Tilapia is 4,850,000 mt in 2014 and Tilapia is now 3rd most important fish species for aquaculture. Tilapia has become candidate species for aquaculture because of several good qualities like growth rate is fast and taste is also good thus it is called as “aquatic chicken”. It can also withstand wide fluctuations of environment. Tilapia can able to produce high quality protein from less refined protein sources thus making them ecologically attractive as sources of animal protein for humans Table 1 (Jauncey, 1998).

Gujarat is blessed with ample inland resources for the development of fisheries and aquaculture. The production from inland fisheries resources in the year 2014 was 167.2 million tones with major contribution from Indian Major Carps, Minor carps,

Availability of good quality fish seed at the right time and at the right place is important for aquaculture. Since the establishment of the first Chinese circular hatchery in the state in 1976 Lingda farm, there are total fifteen hatcheries in the state of Gujarat (05 Government hatcheries, 02 Apex body, 06 Private hatcheries, 02 Shrimp seed hatcheries). Fish seed production in Gujarat in 2013-2014 was 387.00 million fry (Fisheries Profile of the State: Gujarat).

Today, freshwater aquaculture in India is focused only on Indian major carps. Introduction of new varieties can help to increase production. Red Tilapia can be the candidate species for that. One of such fish species having good aquaculture good aquaculture prospects can be Red Tilapia. Tilapia species are used in commercial farming systems in more than 140 countries (Fitzsimmons, 2015). There are about 70 species of Tilapias, most of them native to Western rivers of Africa (Anon, 1984). Of these, nine species are used in aquaculture worldwide (FAO, 2002).

The Red Tilapia, produced first time in Taiwan through the interspecific cross of Oreochromis mossambicus albino and Oreochromis niloticus. It is relatively large cichlid fish and become prefer red fish because of its reddish colour. In terms of performance, Alceste (2000) claimed that Red Tilapias are suitable for brackish water and seawater culture.

Red Tilapia have higher market value, are more appropriate for culture in salinities above 10 g/l, and are easier to seine harvest from earthen ponds and transport live than Nile Tilapia.

Five varieties of Red Tilapia are being cultivated with an annual estimated production of 80,000 mt per year. In India, the Mossambicus variety of Red Tilapia is being cultured in states like Kerala, Andhra pradesh and Odisha for the past 30 years. Semiintensive culture of Red Tilapias in 6-18 m³ cages has allowed Brazilian producers to reach productivity levels of 100 to 305 kg/ m³ per cycle (Alceste and Jory, 2002; Costa et al., 2000). Tilapia cage ranching in large lakes has also become prevalent in Mexico and Colombia (Figure 1) (Fitzsimmons, 2000). 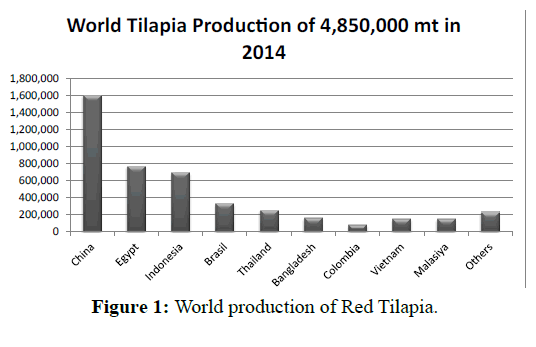 Figure 1: Coalescing pustules, erythematous papules and plaques on the lateral side of the trunk.

The red tilapia, Oreochromis sp., is increasing in popularity among producers due to its attractive color, increased marketability and high salinity tolerance in some strains. The red tilapia has replaced the Nile tilapia as the tilapia of choice among producers in Colombia (Gonzalez, 1997) and Jamaica (Carberry and Hanley, 1997) because of demand by domestic consumers. Red tilapias are cultured in the Philippines where the market price per kilogram is twice that of the more widely cultured Nile tilapia (Romana-Eguia and Eguia, 1999).

Mixed-sex fishes are cultured together and harvested before or soon after they reach sexual maturity, so recruitment and overcrowding can be minimized. Because of short period of culture limitation in size of fish (Rakocy and McGinty, 1989).

Polyculture: Red Tilapia can be cultured with other species to take advantage of natural foods available in ponds. In Polyculture combination of different species which feeds on different feeding niches are cultured to increase overall production without increase in the quantity of supplemental feed. Tian et al. (2001) investigated the water quality in a closed polyculture system containing Chinese penaeid shrimp (Penaeus chinensis) with Taiwanese Red Tilapia (O. mossambicus x O. niloticus) and constricted tagelus (Sinonovacula constricta). Polyculture can improve water quality by creating a better balance among the microbial communities of the pond, resulting in enhanced production. Polyculture of shrimp with Red Tilapias may provide an opportunity to develop a sustainable aquaculture system (Fitzsimmons, 2001).

Alceste-Oliviero, C. (2000) Regional review of aquaculture status and development trends in the Latin America and Caribbean. Book of Synopses. NACA and FAO International Conference on Aquaculture in the Third Millenium, Bangkok, Thailand.

Fitzsimmons, K. (2015) Market stability: Why Tilapia supply and demand have avoided the boom and busts of other commodities.4th International Trade and Technical Conference and position on Tilapia. Kuala Lumpur. Malaysia.